Seafood Consulting Associates was formed in 2001 when the Managing Director, Lukas Manomaitis, moved to Southeast Asia.  Starting with several clients, one client in particular over time has become an important client of SCA, the U.S. Soybean Export Council (previously known as the American Soybean Association [or ASA, from 2002-2007], the American Soybean Association International Marketing [or ASA-IM, from 2008-2013]).

The U.S. Soybean Export Council, or USSEC, is a non-profit marketing organization devoted to the promotion of soy products from the United States of America.  USSEC works on this objective through several approaches, primarily trade and technical servicing, and works in a variety of areas, including Animal Nutrition, Human Nutrition, Market Access, Industrial Uses and of course, Aquaculture.

In 2002 SCA was approached to help USSEC move its highly successful Aquaculture program out of China into the Asian Subcontinent and Southeast Asia, primarily to India, Indonesia, Philippines and Vietnam.  SCA was hired on a limited time basis to help develop the USSEC approach to these markets.  In late 2007 SCA (and specifically the Managing Director, Lukas Manomaitis) was contracted on a more substantial basis to specifically to focus on the USSEC program in Southeast Asia, focusing primarily on Indonesia, Malaysia, Myanmar, Philippines, Singapore, Thailand and Vietnam.  Starting in 2015 USSEC also requested SCA to also help the USSEC Global Aquaculture Marketing Manager (based in St.Louis, USA) as a technical expert adviser to the USSEC Global Aquaculture Program. As of the end of 2021 SCA will be transitioning out of the role of the lead for the USSEC Southeast Asia Aquaculture Program and move to working with USSEC as a key client among many.

Through these various roles with USSEC, and through work with other clients and organizations, SCA has built up a vast knowledge of the seafood production chain (particularly as related to aquaculture) from broodstock to the final consumer and all the steps in between.  This includes work with hatcheries, farmers, feedmills, processors, markets, health management and essentially all the various actors in the production/value chain for aquaculture.  This also includes the relatively new moves by the seafood to move towards standards, certifications and in particular sustainability/sustainable approaches.

To learn more about the USSEC Global Aquaculture Program specifically, please visit their webpage at www.soyaqua.org. 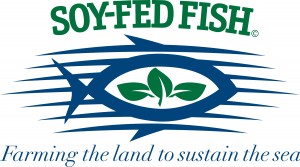